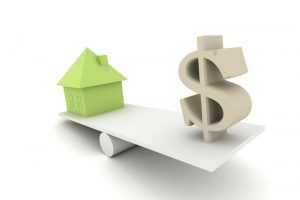 Installing an HVAC system is only half the battle. The other half is in keeping the monthly operational costs as low as possible. If that’s your goal, then we recommend doing all the research you can on HVAC efficiency.

While we’re not asking you to become a certified HVAC technician overnight, we think there’s enough good information out there to tell you the do’s and do not’s of HVAC efficiency. We’ll try to set you in the right direction with a few tips of our own:

If you’re running a central AC or furnace, then you’re running a system that uses ductwork. If you don’t already know, the ducts are the series of ventilation tubes that run through your attic or crawlspace. They transport air from the HVAC unit to all the rooms of your home.

As time passes, it is possible for the ducts to fall into disrepair and to develop leaks. As you can imagine, a leak in this ductwork system can compromise your airflow in several different ways:

Duct leaks won’t appear overnight, so don’t worry about them if you’ve just installed your duct system in the last couple of years. However, after the three- to five-year mark, you’re going to want them inspected as part of regular maintenance visits.

Speaking of ducts—it’s also worth noting that the closing the air vents is not as good for efficiency as you would think. The idea is that by closing the vents in rooms that you’re not using, you can save money by having that air redirected elsewhere.

The truth, however, is that your HVAC system is sized according to many factors, including the size of your home and all the rooms in it. By suddenly closing the vents to one of these rooms, you’re off-setting that balance. This will cause increased pressure in the air ducts, which can damage your evaporator coil or heat exchanger.

Learn All About Your Thermostat

We also think it’s beneficial for every homeowner to understand the how their thermostat functions, both in its basic settings and in its more advanced functions. It can avoid mistakes such as:

While some of these may sound simple or easy to avoid, keep in mind that they’re all based on Delaware, DE air conditioning repair calls that we’ve received in the past.

Smart and WiFi thermostats are also available to help automate your efficiency efforts. Having a computer control your thermostat for you can truly make all the difference in sticking to your new heating/cooling habits.

That’s just a few tips on efficiency. To get the entire rundown, don’t hesitate to reach out to a professional. Contact Atlantic Refrigeration & Air Conditioning, Inc. today!