Does Your AC Do This? You Need Professional Repair! 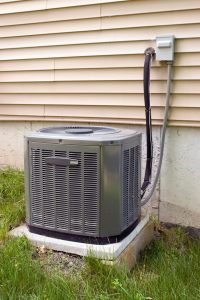 The HVAC in your house is one of the most important features for your comfort and one of the biggest investments as well. Truth is, though, even the most well-maintained and high-quality HVAC system has a life cycle of about 10 to 15 years. Just like a vehicle, your HVAC needs regular maintenance and just like with your own health, it’s easier to address a problem at Stage 1 than at Stage 4 or 5. Here are a few warning signs that mean it might be time to make an appointment for A/C repair:

If your HVAC unit never seems like it can get your house as cool as you’d like it – that’s a problem. In most cases, the unit may have just lost some of its Freon refrigerant in the off-season due to tiny leaks around seals or O-rings, and is in need of a recharge. Or, it could be due to a failing compressor, duct problems, or other issues. Regardless of the cause, you won’t want to put up with it for long – who would?

You turn on the A/C and it runs for a few minutes, then it kicks off again, and within 15 minutes, it starts running again. Not only is this annoying, but it’s costing you a lot of extra money – the startup and shutdown of the unit’s motor, compressor, and other components are a far bigger energy draw than just keeping it running at a steady state.

In addition, the extra startups and shutdowns are putting additional strain on the components and are likely to lead to failure.

Short cycling can be due to something as simple as a drip pan that’s clogged and in danger of overflowing, or something more serious like a component that’s overheating and is in danger of overloading the system. In either instance, short cycling is what happens when your HVAC’s safety features kick in, and it should be addressed as soon as possible.

You walk into one room and it’s stuffy and uncomfortable, but another room is like a walk-in cooler. Uneven cooling performance can mean a couple of things. It could be a sign of thermostat problems, stuck dampers, or duct issues. Uneven cooling is worse than just an annoyance – it’s something that can be an indication of serious problems with your HVAC system and isn’t something you should ignore.

When it comes to duct issues, this is another matter entirely – A/C ductwork is an ideal breeding ground for mold, since it’s a cool, dark area that tends to accumulate moisture and dust. Mold can make you and your family sick, and duct cleaning should be done by professionals on a regular basis.

There are a lot of moving parts in an HVAC system, most of which are not something that a homeowner should attempt to service on their own.

If it’s been awhile since your system has been maintained, it’s time to make an appointment soon.