What Causes Low Air Flow in Your Heating System? 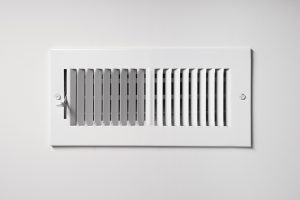 Forced-air furnaces are a common type of heating system in Delaware and Maryland: generating heated air either through gas-fed burners or electrically powered coils, then blowing the heated air through the same ducts used by the air conditioning system. It’s simple, effective and inexpensive, which is why such heating systems remain so popular. But it can also give you a quick and easy way to spot one of the most common signs of trouble in your heater: low air flow.

Spotting low air flow is easy enough: simply feel the air emerging from the vents in your home and determine if it’s moving slower than it normally would (either from one single vent or a group of vents). It’s important to understand, however, the kinds of problems that low air flow causes, and more importantly, which creates low air flow in the first place.

Why It’s a Problem

The most obvious problem with low air flow is that it slows down your heater’s ability to do its job. That means it must consume more fuel in the process and raise your monthly bills accordingly. The added strain also increases the chances of a breakdown elsewhere in the system: often on cold days just when the heater sees its heaviest workload.

But it goes further than that. Low air flow almost always means that hot air stays trapped in your system, which can cause other components to overheat. Most furnaces have safety features that will shut the system down before that happens. But you’re still going to need to get the problem corrected before you’ll have use of your system again.

If you spot low air flow coming out of the vents in your home, shut down the system and call Atlantic Refrigeration and Air Conditioning immediately. We perform heating repair services throughout Maryland.